Time for the excerpt of Dana Page's novel  Pass the Hot Stuff! This post is part of the tour hosted by CLP Blog Tours! Don't forget to check out the main tour page for all of the other posts! Enjoy this excerpt :)

She found her seat, naturally it was in the middle, and she stopped to try to put her carry-on bag in the overhead compartment.  She stumbled back a little, hitting the man across the aisle in the head with her butt.  “Oh, I’m so sorry.”
“No problem,” he said.  “I can think of worse ways of getting knocked out.”  Blythe looked startled, and he laughed.  “Here, let me help you.”
“Thank you,” she said, and looked at him for the first time.  He looked familiar.  He was very good looking and had the darkest, bedroom eyes she had ever seen.  She felt even more flustered now.  “Sorry again…for hitting you.”
He smiled in response.  “It was a pleasure,” he teased.
Blythe’s face turned red; she couldn’t remember the last time she had blushed.  He started to say something else to her but had to get out of the way of the crowd rushing towards their seats like it was general admission.
Blythe buckled her seatbelt, closed her eyes and tried to go to sleep before takeoff.  She was exhausted.  Just as she was beginning to doze, the flight attendant, trying to shove a ridiculously large bag into the overhead compartment, startled her awake from her half sleep.  She looked over to see what the racket was and noticed the same guy looking at her again.  She gave him a slight, little smile of acknowledgement and shut her eyes once more.  She wondered if he was staring with approval or disapproval.  Was her mascara smeared?  That would have been disapproval.  Was her blouse unbuttoned?  From a man, approval.  He was probably just stunned from having been hit by her big butt, she thought.
When he wasn’t looking, she craned her head around the people separating them to get a better look at him.  He had very dark hair, the darkest brown, almost black and an olive complexion with strong features.  He opened his eyes and looked over at her.  Oh, did he see me?
She tried to sleep again but couldn’t.  How did she know him?  She couldn’t place him, and that’s not a face she would easily forget.  She glanced at him again.
He stood up and was trying to step into the aisle just in time to have the food cart come rattling through.  He was going to say something to her, but it was either get back in his seat or end up road kill from a food cart.
At that point, he threw courtesy to the wind as he tried to lean around the people between them and strike up a conversation.  But a flight attendant saw this opportunity to drape herself over the seat and introduce herself to him.  Blythe laughed.  She couldn’t hear his muffled responses, but she could hear the singsong, twittering cadence of the flight attendant.  “What’s your name?”  “What do you do?”  “Why are you going to Memphis?”  Tee hee, tee hee.
After the flight attendant left, he attempted one more time to stand and approach her, but the pilot asked them all to remain seated.  Blythe smiled to herself.  She had enjoyed this weird little flirtation.  It gave her a rush through the middle of her stomach.  She hadn’t felt particularly attractive lately.  In fact, she couldn’t imagine a guy as attractive as that one even looking at her.  It was times like this that made her realize just how insecure she had become. 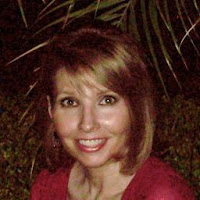 Dana Page was raised in Memphis, Tennessee.  Born just down the road from Memphis in Helena, Arkansas, she considers the Mississippi River Delta her own personal inspiration. Having earned adegree in journalism from Texas A&M University, she has utilized her writing skills in varied areas - small-town politics, human interest stories and writing an entertainment column, to name a few. To support her writing habit, she has worked an odd job or two.  Don't ask her about delivering singing telegrams; some things are best forgotten.  Pass the Hot Stuff is Dana’s debut novel.