Cover Reveal: Be the Girl 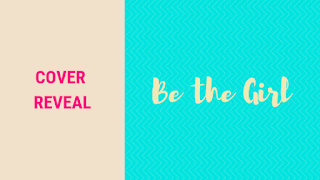 If you're a long time reader of this blog (thanks!), you'll know K.A. Tucker is one of my all time favourite authors. I've read almost all of her 17 novels and have met her on several occasions (the most recent being a couple of weekends ago that saw me driving over two and a half hours to a lunch and event with her and a few other equally wonderful authors...I take my book obsession seriously). She's a lovely person on top of being a fantastic writer. Seriously/ Her last book, A Simple Wild, is one of my top books of 2018. (You can read my review here in case you missed it.)

Tucker started out self-publishing her books and that was how Ten Tiny Breaths got noticed by her traditional publisher (Simon & Schuster Canada and Atria Books) many years ago. She's had a ton of success being publishing traditionally (which isn't something that happens for everyone) but she has had a story she's needed to tell for awhile now and has decided to go back to the self-publishing route so the world will be able to read Be the Girl.


From the national bestselling author of the Ten Tiny Breaths series and The Simple Wild comes a poignant story about a girl trying to change her future while evading her past.Almost-sixteen-year-old Aria Jones is starting over. New postal code, new last name, new rules. But she doesn’t mind, because it means she can leave her painful regrets behind. In the bustling town of Eastmonte, she can become someone else. Someone better.
With the Hartford family living next door, it seems she will succeed. Sure, Cassie Hartford may be the epitome of social awkwardness thanks to her autism, but she also offers an innocent and sincere friendship that Aria learns to appreciate. And Cassie’s older brother, Emmett—a popular Junior A hockey player with a bright future—well … Aria wishes that friendship could lead to something more. If he didn’t already have a girlfriend, maybe it would.
But Aria soon finds herself in a dicey moral predicament that could derail her attempt at a fresh start. It is her loyalty to Cassie and her growing crush on Emmett that leads her to make a risky move, one that earns her a vindictive enemy who is determined to splinter her happy new world.

Now, if you follow Tucker or any of her fans, you've probably already seen the gorgeous cover. But since I already had a cover reveal going up yesterday (how does that happen all at once?), I'm sharing it with you a day later. 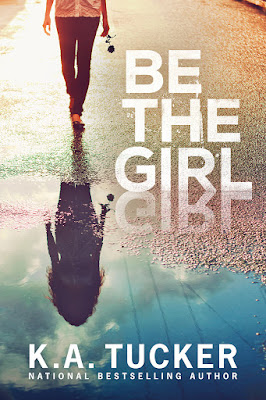 I just adore the colours. So beautiful. I also shouldn't be surprised that I love it. It's designed by Hang Le who's done the majority of Karina Halle's recent covers, which have all been stunning.

The book will be available in e-book format (pre-order links are below for you eager beavers), paperback the day after release at online retailers, and will eventually be released as an audiobook as well.

Here are the pre-order details - and you'll want to pay attention because Be the Girl will be available for a special pre-order price of only $2.99 for the e-book and the price will increase shortly after release (which, again, is January 21, 2019). (That's $2.99 for all you Americans. For my Canadian friends, it looks like it's $3.90)

And don't forget to add it to your Goodreads!

She is the USA Today bestselling author of 17 books, including the Ten Tiny Breaths and Burying Water series, He Will Be My Ruin, Until It Fades, Keep Her Safe, and The Simple Wild. Her books have been featured in national publications including USA Today, Globe & Mail, Suspense Magazine, and Publisher's Weekly. Ten Tiny Breaths was a finalist in the 2013 Goodreads Choice Awards.

K.A. Tucker currently resides in a quaint town outside of Toronto with her family.