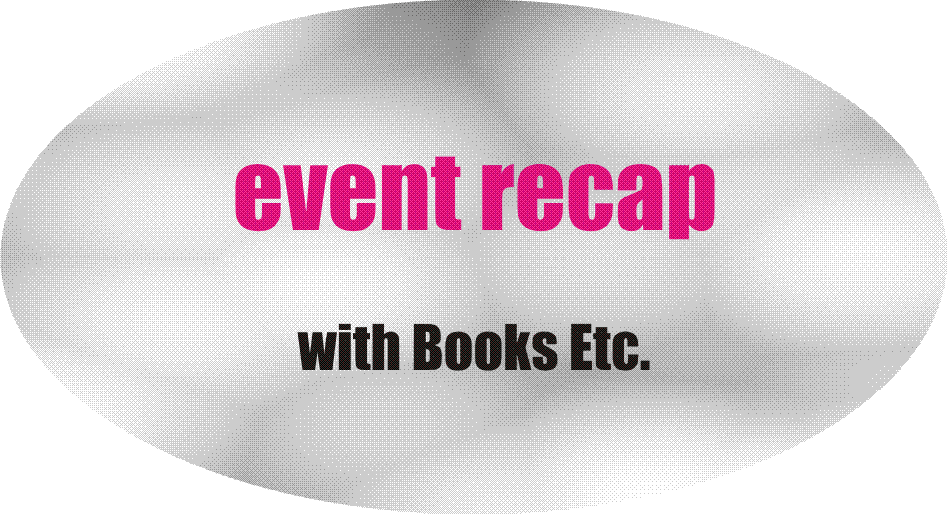 Way back in June I was lucky enough to meet one of my favourite authors - the amazing Jennifer Weiner. On June 23, my author friends, Lydia Laceby and Samantha Stroh Bailey, and I cleared our schedules and headed to Indigo Manulife  Centre for a signing. Whee!

Lydia and I made sure to get to the store early because we wanted to snag seats. Imagine our surprise when we arrived about an hour before the signing began and were able to get seats for the three of us in the front row! We had expected this event to be packed because it was the first time in five years that Weiner had been to Canada. All of the seats ended up being filled but I don't believe there were many people standing. So strange! 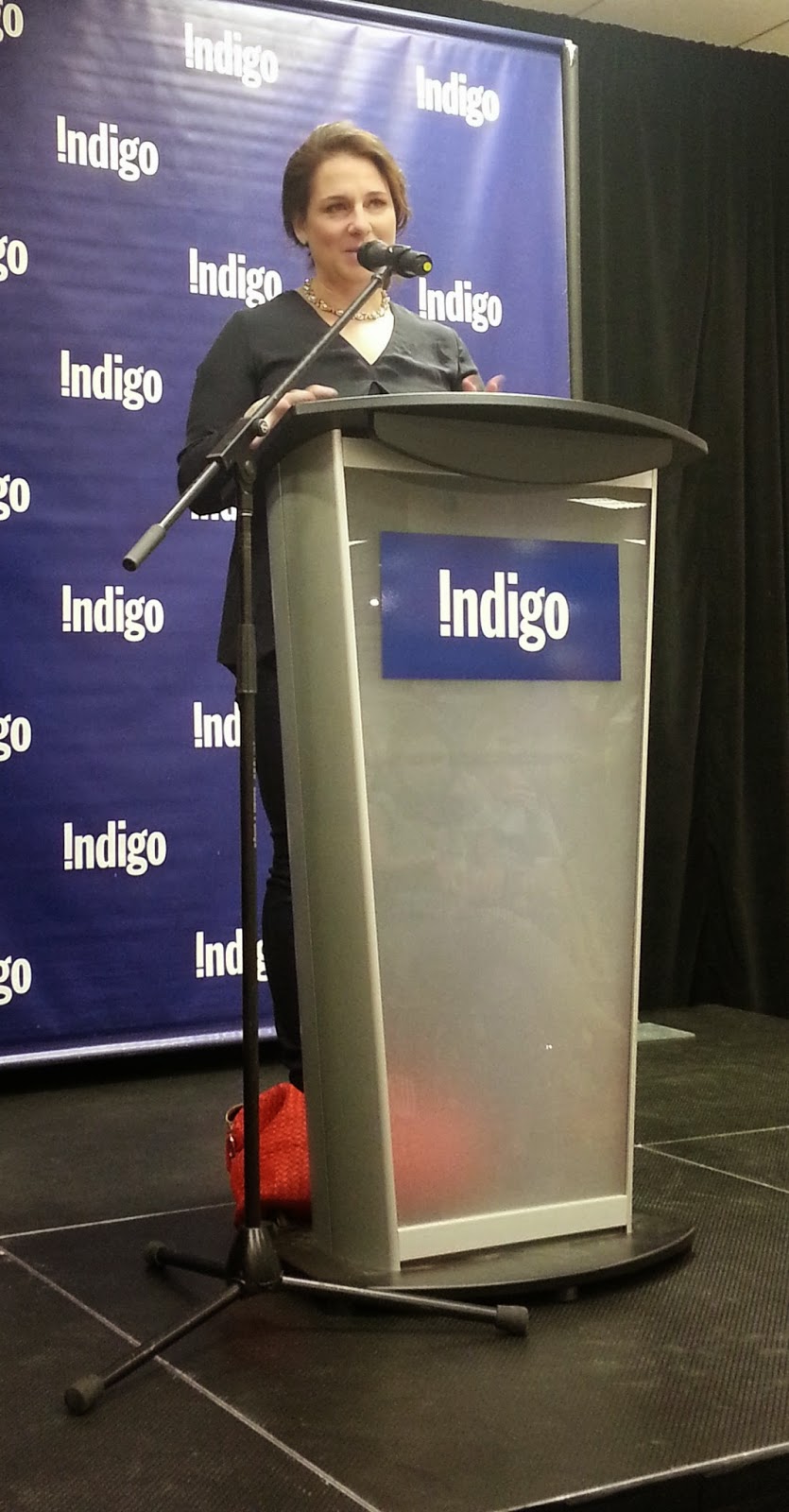 If Weiner is one of your favourite authors and you've never seen her in person, you need to change that. As soon as humanly possible. She is an amazing person, so real, and freaking hilarious. Case in point: the person introducing her almost screwed up her name (it's not weener, it's wine-er) so she told the story of when she was in New Jersey, exhausted after many events, and the MC mispronounced her name. She steps up to the podium and exclaims, "It's WINE-ER, motherf*cker!" A woman after my own heart...dropping f bombs without a care in the world. She also brought up The Bachelorette, as the signing was happening on a Monday night, the same time as the show. And if you're a Bachelor/Bachelorette fan, you have got to pay attention to her live tweets when the show is on. Priceless.

But it wasn't all laughs. She talked about gender inequality when it comes to book reviews in traditional published media. She also talked about how amazing it was to help author Sarah Pekkanen gain recognition when her first novel was published. There were a lot of other amazing parts to the signing but I foolishly made the mistake of not taking notes! I blame the drinks and food Lydia, Sam, and I had after the signing :)

As much as I adore Weiner myself, the best part of the signing (other than when she and I shared a little side convo about Chris from The Bachelorette - who will now be the newest Bachelor) was seeing how unbelievably excited Lydia and Samantha were. To them, Weiner is their idol. They love reading her books but they also love the way she writes. So, when this happened:
We thought we'd have to pick Sam up off the floor! She was so unbelievably thrilled that she was recognized!

I'm so happy I made the time to head into Toronto for this signing and I already can't wait until Jennifer Weiner comes back! 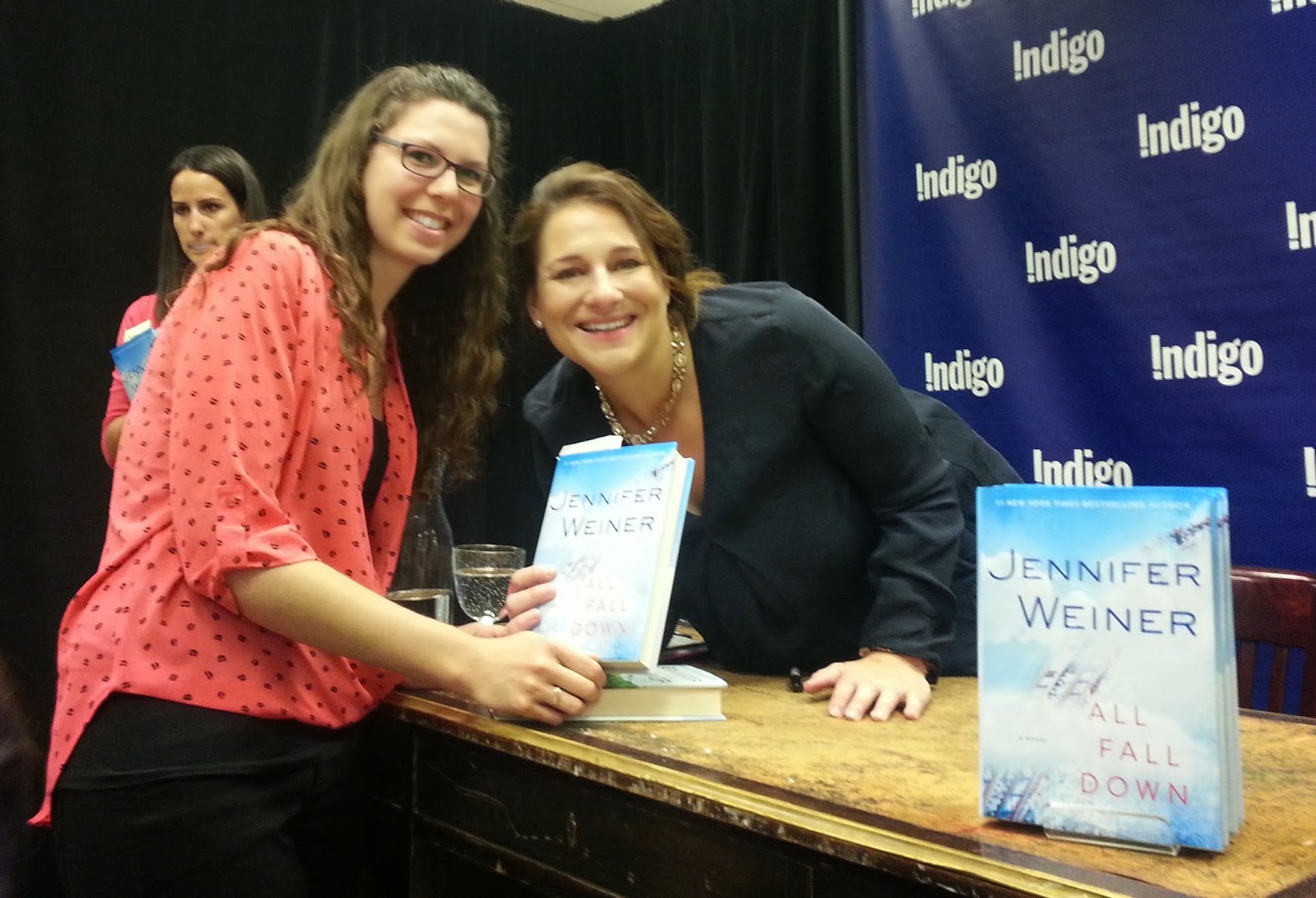