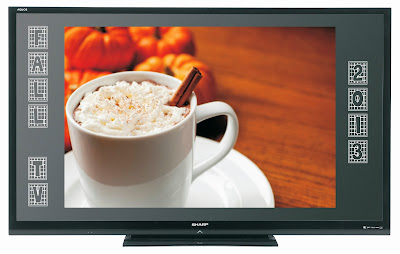 Earlier this week I talked about pumpkin spiced reading so I thought it would be fun to talk about the pumpkin spiced television today! Fall TV shows have already started premiering and I am so excited. Anyone else? I know some people may think that it's silly to get so attached to TV shows but, hey, I enjoy it.

I've got all my upcoming shows noted in my calendar on my phone so I don't miss anything. Even though I'm not sure what time each episode is on at or on which network. I have the added confusion of having to check the Canadian sites and figure out which networks are carrying shows instead of just going to the show's original source network. Lots o' fun.

Here are the returning shows I'm looking forward to watching this year:

Bones
Monday, September 16 at 8 Fox/Global
This one's already aired and it was a pretty good one. I can't wait for them to kill Pelant and for things to get back to normal. And, as much as I love the show, I think this should be the last season. It's in its ninth season  now and I think it might be time to move on.

Castle
Monday, September 23 at 10 ABC/CTV Two; Sunday, September 22 at 9 CTV Two
I'm currently marathoning Castle right now. I'm just finishing season three and I doubt I'll even get through four before Sunday (woohoo for being able to watch it earlier in Canada!). I can't wait to see if Beckett says yes!!!

Elementary
Thursday, September 26 at 10 CBS/Global
My boyfriend and I got hooked on this show last year. I love the twist they created with this Sherlock and Watson - placing them in New York City and making John a Joan. I also realized that I was missing the crazy hero with House being done. (PS I can now say that I'm watching the BBC's Sherlock...just started it last week and am loving it!)

Parenthood
Thursday, September 26 at 10 NBC; Friday, September 27 at 8 CTV
I started watching Parenthood because of Lauren Graham - Gilmore Girls is my favourite TV show ever. I missed part of season...three, I think...but watched last season anyway. I was worried that they would finish the season but I knew there were more stories to be told.

Once Upon a Time
Sunday, September 29 at 8 ABC/7 CTV
I was so excited when I first heard of Once before it had premiered. A modern day fairytale show? I'm in. I've really enjoyed the past two seasons and I can't wait to see what happens next! It's a little cheesy but I think that's what makes it so much fun!

And the new shows I want to check out:

I'm not really into superheroes and I don't know the backstories to a lot of them but I'm still interested in seeing what this show is like. I've really enjoyed the Marvel movies I've seen so I'm hoping the TV show is just as good. We'll see!

The Crazy Ones
Thursday, September 26 at 9 CBS/City
Robin Williams. I don't think there really needs to be much else said! But, here's what the show is about, from the official site: "(The Crazy Ones is a) workplace comedy about a larger-than-life advertising genius whose unorthodox methods and unpredictable behavior would get him fired... if he weren't the boss". Sarah Michelle Geller plays his daughter, the dude who screwed everyone in The Newsroom (the actor, Hamish Linklater, who played Jerry Dantana) is also in the show, and Zach Cropper, played by James Wolk, is another main character. It sounds like it'll be funny so hopefully it lives up to its expectations!

Once Upon a Time in Wonderland

Thursday, October 10 at 8 ABC/City
Since I love the original Once, I figure I should at least check out this spin-off. It's supposed to be a retelling of Alice in Wonderland but, if the original is anything to go on, we know other fairytale characters will show up.

Obviously, these are all network shows. Sons of Anarchy (FX) just started this month, too, but I haven't decided if I want to watch this season or not. I watched last season and, while I love the story, it's just so crazy violent and I am a huge wimp. So, I think I'll be replacing that with The League (FXX). Totally different, I know, haha. My boyfriend watches both those shows and that's why I've seen some episodes. I'm particularly interested in The League this year because Adam Brody is in it...aaaand, I love him. :) PS Fun fact I just learned...I can't even go to the FX site...have to go to the Canadian specific one. Ridiculous.

So what TV shows are you most excited about? Are there any new ones (or old ones!) I'm missing that you think I would like?

Email ThisBlogThis!Share to TwitterShare to FacebookShare to Pinterest
Labels: Bones, Castle, Elementary, Etc., fall, Marvel, Once Upon a Time, Parenthood, Sons of Anarchy, television, The Crazy Ones, The League