I reviewed Stay Tuned by the lovely Lauren Clark earlier this week (read the review here) as part of a blog tour hosted by the equally lovely Samantha at Chick Lit Plus Blog Tours. Lauren was kind enough to write a guest post for Books Etc. I hope you all enjoy it as I did! Thanks for stopping by Lauren :) 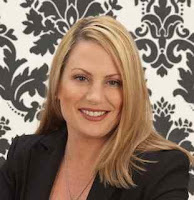 Nine Myths and a Truth: The Real Story Behind the Scenes at a Local Television Station**


10. Reporters are paid tons of money!  FALSE—Reporters at small television stations are paid a little more than minimum wage. They are required to have a college degree and many just-out-of-school jobs are classified as a “One Man Band, ” which means that the reporter carries the camera, shoots the footage, does the interviews, then writes and edits the story.


9. Reporters get to meet famous people! SOMETIMES—I was fortunate enough to meet Vice Presidential Candidate Geraldine Ferraro and many local senators and congress members. However, I did interview Eliot Spitzer while he was New York State’s attorney general. Now that’s just creepy!


8. Reporters and anchors get lots of perks! SOMETIMES—Reporters do often get sideline tickets and backstage passes to events. However, it’s often a reporter attends only AFTER he or she covers the actual event, which means working for at least the first part of the concert, fundraiser, or dinner.


7. It’s always glamorous! NOT REALLY—Often, reporting took me to crime scenes, car crashes, bad neighborhoods, dairy farms, voting polls, and raging fires. My most unique assignments included reporting on a lost Emu and covering cattle judging at a local fair. In Alabama—try to stay cool and look pretty in 105-degree heat! In Upstate New York, this meant trudging through the deep snow to get a story.


6. If you’re an anchor, people do your makeup and choose your clothes! FALSE—In smaller markets, you do your own makeup (MAC is the best!) and bring your own clothes. Sometimes, the television station might give you a small clothing allowance, but a few hundred dollars doesn’t go far when you work 5 days a week.


5. Viewers call in and tell anchors how wonderful they are! SOMETIMES—I admit, I did get some fan mail and it was pretty fabulous. However, most often, people called in to complain about (1) an outfit someone was wearing (which a viewer didn’t like), (2) a story reported on (which a viewer didn’t like), or (3) a story that didn’t get coverage. There was one particular viewer who didn’t like the way I said “Iraq.”  (It’s not Eye-rack. It’s Ir-aq)


4. The hardest part of the job is interviewing people!  FALSE—I loved that part! I thought it was so amazing to talk to people from all walks of life and find out why they were a farmer, a policeman, or a teacher. I liked asking questions that made people think. Some of the most rewarding stories were health-related (recovery from an illness) or the features about children. The hardest part for me was the shift I worked:  2 am – 10 am. (This meant getting up at 1:15 am every morning!!)


3. You always have to dress up! FALSE—On the weekends, in smaller markets, it’s pretty common for anchors and reporters to wear a formal suit or top, but have jeans underneath and casual shoes (hidden under the desk).  I’ve known some sports guys to wear tennis shoes or flip-flops on set!


2. The camera adds ten pounds! FALSE—It’s actually more like fifteen or twenty! People often commented on how short I was or how much thinner I was in person. (Sigh!)


1. I’ve heard that anchors use Preparation H under their eyes to reduce puffiness!? TRUE—I’ve done it, anyway. When you’re working 2 am – 10 am, there’s only so much coffee and sugar can do!


Overall, it was an amazing opportunity to work as an anchor, producer, and reporter at two CBS affiliates. I
made some wonderful friends, worked with many talented people, and really enjoyed the experience!


**These comments are solely the views of the author and do not represent the actual experiences of every anchor or reporter who currently works in or has previously worked in television news.
Posted by Books Etc. at 7:22 PM