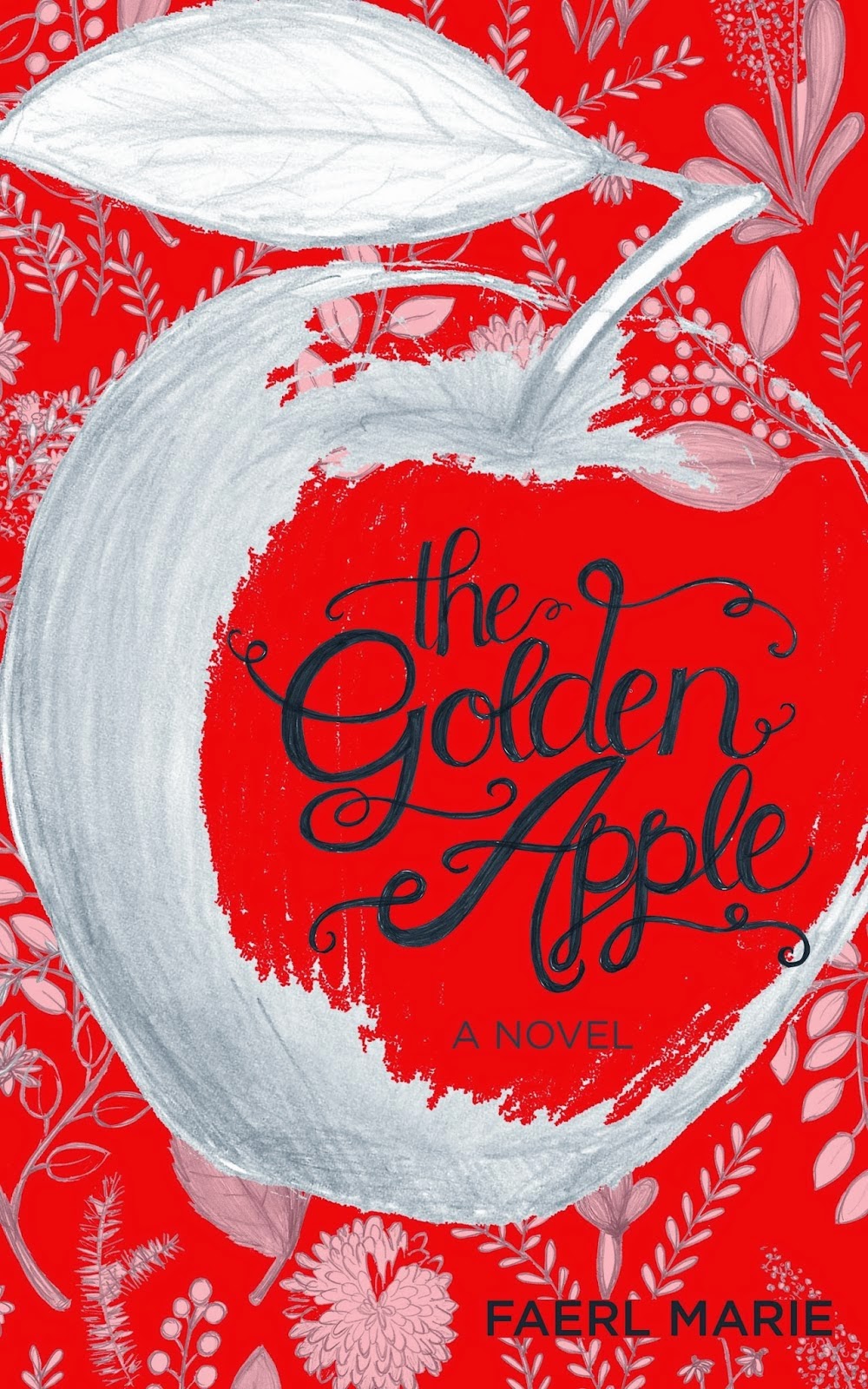 Welcome to my stop on the CLP Blog Tour for The Golden Apple. I was really intrigued by Faerl Marie's novel so I just had to sign up for this tour! Did the book hold up to my expectations? Not quite but it wasn't a bad read by any means.


MEET POPPY PARKER, a recent widow who knows she must move forward but has no idea which direction to take. To start fresh, Poppy moves from her idyllic home in Georgia to the grimy glamour of New York City to open up her own boutique and find a way to live and love without her husband.
Austin Bandy has been in love with Poppy since the moment he laid eyes on her years ago, right before her wedding. Now she is back, grieving and broken hearted by her nearly-perfect husband’s death—not Austin’s ideal romantic situation. He needs to wait for her to recover but not so long that someone else has the chance to move in and sweep his dream girl off her feet and keep him as a “good friend” forever.

My biggest issue, I think, was with the way the book was written. It wasn't poorly done but I still felt like there was something off with the flow and the way the story was told. It's hard to explain exactly what I mean but, for some examples, sometimes I felt like there needed to be more background given and sometimes the way the dialogue and story flowed just didn't feel realistic. For example, the money that gets thrown around in this book is insane and even though we find out about Poppy's background, I had a hard time accepting that Austin would spend so much money on her. Speaking of missing background, I feel like Austin was struggling with the fact that Poppy was very well off but it's never really discussed and I think it should have been. I also wish the layout had been better. I think there should have been page breaks in certain places because, for example, all of a sudden the story jumped to a different day and it was just moving from one line to the next. It was a little jarring.

I wasn't completely invested in this novel but, at the same time, I found myself hoping that all the characters would end up in a good place. I wanted Poppy and Austin to get their happily ever after. They were genuinely good people and that made the book better. If I had disliked either of them I probably would have had a hard time actually finishing the book.

At its core, The Golden Apple has a good story. (Note: I really didn't mean to make that pun - core/apple. I'm apparently more clever than I thought.) I liked the idea of reading about a woman who is trying to find her new normal after her husband dies. Being a young widow (or a widow at any age, really) wouldn't be easy and the drama that surrounds that lends itself well to a women's fiction novel. Poppy rediscovering her love of life was the main purpose of the story but I wonder if it could have been told better. There weren't clear milestones on her road to "recovery" (and I know real life probably isn't like that but I expected something different in the book) and the story sort of dragged. I just wish something different had been done so I was more excited about picking up this book after being away from it.

So, I didn't love Faerl Marie's novel The Golden Apple. I'm bummed because I never like it when I don't thoroughly enjoy my reading experience. I wonder if life circumstances prevented me from really loving it as I had finished another similar in tone book the day before and I don't know if I was ready for the story. If that's the case and you want a few more opinions, make sure you check out the CLP Blog Tours page to find the other reviews of this book. And check back tomorrow as I have a fun little guest post going up from Faerl herself!