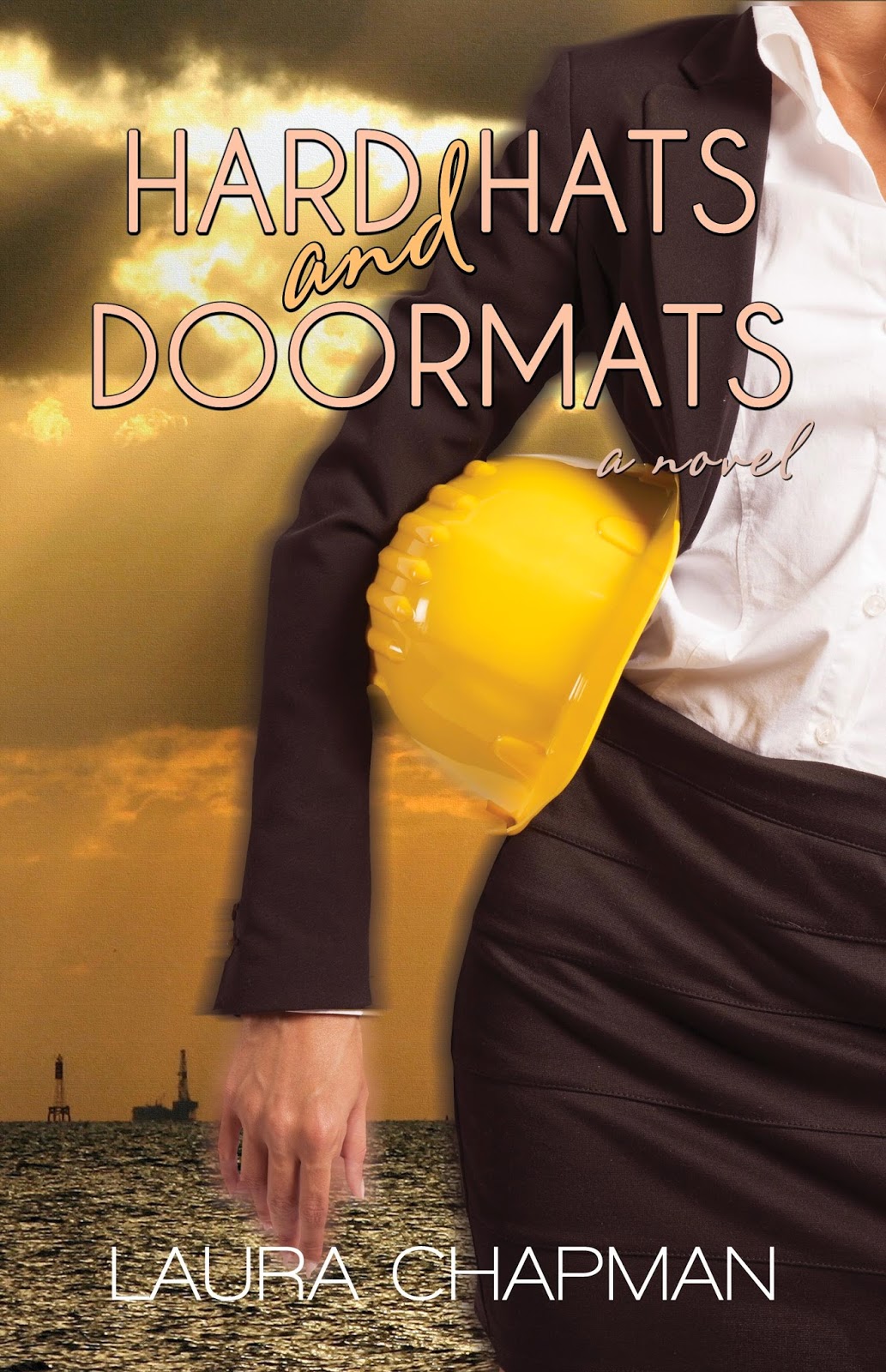 Welcome to my second stop on the CLP Blog Tour for Hard Hats and Doormats, Laura Chapman's debut novel. I absolutely loved this novel (my review went up last week) and today Laura is sharing a guest post with us. I wondered what it was like to get into the mind of Lexi, the main character. How did Laura create Lexi's personality and make her real? Enjoy!

Confession: Out of all the guest posts I’ve been writing to discuss the story behind my first novel, this is the one I struggled with most. I wasn’t quite sure how to put into words exactly what I’d done to channel my inner Lexi to tell her story and make it feel real.

When I wrote the first draft of Hard Hats and Doormats three years ago, it wasn’t much of a stretch for me to get inside my main character’s head. At the time I started the first draft, I was 24, two years out of college and in one of those awkward life phases. You know the kind – you’re not 100 percent happy about the direction your life is taking, but you don’t know what to do about it.

So you get moody, pouty and sometimes overdo it at the bar (not necessarily as a coping mechanism, but because you’re young and don’t always think things through). You make and lose friendships. You make good and bad decisions. You’re trying to figure out who you want to be and how you can become that person.

Like Lexi Burke, I sometimes spent too much of my life on the road for work and complaining about my job. I also liked meeting my friends for post-work drinks. We liked complaining about co-workers and bosses. Flirting with cute boys (because I was still thinking of men as boys at this point) and looking to each other for spiritual guidance.

It wasn’t just me. Most of my friends were basically the same way. We were all fairly new out of college. We all had big plans, but we weren’t that close to achieving them.

When I needed to get into my character’s head – when I was developing her personality – I considered the most extreme emotions and thoughts I’d had in the previous two years. What made me happiest? What had upset me most? What was the worst character trait I showed? What was the best? Then I thought about the people around me. I’ve always been a fan of people watching (I’m sure other writers can relate), and I used some of those experiences to watch the way men and women in their twenties acted.

I came up with a few interesting characteristics I wanted to feature:


When I developed Lexi Burke as a character – when I got into her head – I funneled this chaotic mix of emotions and thoughts into my writing. In subsequent drafts – as my life changed, and these old problems became less important to me – I tried to keep that same mindset. The story was inspired by some of what I’d experienced or witnessed first-hand as a young professional. It was often messy. There were a lot of mistakes. But we learned a lot of lessons. My hope was by writing a story about characters that weren’t always perfect – and who made mistakes – I’d be creating a realistic book.

Perhaps what most surprised me through writing this story was how different my main character and I turned out to be. I was concerned I’d end up writing a fictional version of myself, because I was expressing so many of my emotions. Ultimately, Lexi and I ended up being two different people, who managed to share a few similar thoughts and emotions. Isn’t that a nice thought? You can be so different from another person – real or fictional – but you can still find a little common ground amongst your differences.

PS Don't forget to enter this great giveaway!
a Rafflecopter giveaway
Posted by Books Etc. at 6:08 AM