Taking it Off the Shelf: Already Home 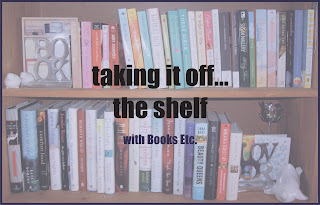 Another month, another Taking It Off...the Shelf post! I started this feature because I have a TON of books on my bookshelves that have been neglected over the past few years. You can check out my description post here. This month I tacked Already Home by Susan Mallery. I've had this book on my shelf pretty much since the day it was released in March 2011. I was still a new blogger at that point and saw that one of the first bloggers I followed had read and liked it. I ordered it, received it, placed it on my shelf, moved it to a new city, and here I am, over two years later, finally reading it. 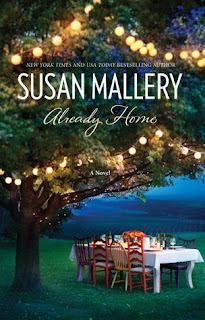 
After nearly a decade as a sous-chef in a trendy eatery, Jenna is desperate for a change. She's supported her ex-husband's dreams for so long that she can't even remember her own. Until she sees a for-lease sign near her parents' home and envisions her very own cooking store. Her crash course in business is aided by a streetwise store manager and Jenna's adoptive mother. But just as she's gaining a foothold in her new life, in walk her birth parents—aging hippies on a quest to reconnect with their firstborn.
Now Jenna must figure out how to reconcile the free-spirited Serenity and Tom with her traditional parents, deal with her feelings for a new love interest and decide what to do about her ex's latest outrageous request. In the end, Jenna will find that there is no perfect family, only the people we love.

Even though I hadn't read the synopsis in ages, I got pretty much exactly what I was expecting with this book just from knowing Mallery's work and that this was published under a Harlequin imprint. There was some romance, some drama (actually, there was a lot more drama than I had anticipated), family issues, and career struggles. At times I felt like there were just too many threads to the story but everything ended up working out fairly well. But be warned - the ending is sad! If you're clever, you'll figure out where the story is going and will be a little bit prepared but it's still a hard ending to read.

I realized after I finished reading the book that I was more interested in Violet's story than Jenna's. "Who's Violet?" you ask? She's the "streetwise store manager" mentioned in the synopsis. She had more spunk and personality and her backstory seemed more prominent than Jenna's. Maybe it's just because I liked her more...though neither woman really hit the spot on my "I love these characters and want to be their friends"-o-metre. It could also be that Violet was more colourful (no pun...ok, yes, pun intended) and Jenna was kind of vanilla. Wouldn't you be more interested in the more colourful character?

Already Home was a nice read, one that's perfect for a summer weekend. Susan Mallery wrote a really heartfelt story about family and while I may not have adored this one I'm sure many others would really enjoy it.

Next month I've chosen to read By Invitation Only by Jodi Della Femina and Sheri McInnis. It was a toss up between that one and The Island by Elin Hilderbrand. I was torn because they have similar plot lines - weddings in beach destinations (Nantucket and the Hamptons) - but as I *think* I'd like Hilderbrand's more (I've enjoyed another of hers) I'll wait to read The Island.

Email ThisBlogThis!Share to TwitterShare to FacebookShare to Pinterest
Labels: Already Home, Susan Mallery, Taking It Off the Shelf