Top Ten Tuesday: Books I HAD To Buy But Are Still Unread 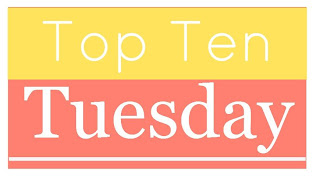 Confession: I'm a bit of a book hoarder. I think this started when I was working at a bookstore throughout university. I had a sweet discount but no time to read (damn textbooks) so I kept buying books that I was interested in and just waited for the time to read them. For some of these poor books, the time has not yet come - and I haven't worked at the store in over two years! This week's list, Books I HAD to Buy But Are Still Sitting On My Shelf Unread, was created in one shot and without looking at my bookshelf. Clearly, I have a problem. :)


Don't forget to check out their blog for a full list of everyone participating this week!

Beginner's Greek - James Collins
I actually know how long I've had this one. I saw it when we were moving stores and thought it looked interesting. That was in October 2009. Yikes.

Beth Kendrick x2
I have her two latest (The Bake-Offand The Lucky Dog Matchmaking Service) on my shelf because I just needed to have them when they were released.

The Meryl Streep Movie Club - Mia March
I was really excited when I learned this was being released and bought it with some giftcards I had at the time. It's supposed to be lovely, I just wouldn't know it since I haven't cracked it open yet.

Becoming Jane Austen- Jon Spence
I bought this one because the movie made me want to learn even more about Jane Austen. I'm still waiting to learn.

Life After Yes - Aidan Donnelley Rowley
This was a book I found out about shortly after getting into book blogging. I ordered it, it arrived, and it has sat on my shelf since then.

Girls in White Dresses - Jennifer Close
This wasn't actually a purchase, it was a gift request for my birthday last year. I'm so behind that Close has another book being released soon and I still haven't read this one!

The Distant Hours - Kate Morton
I was in love with Morton's The Forgotten Garden (read it if you haven't...it's freaking fabulous) and this was the book she released next. I was able to score the hardcover at 60% off but still haven't read it. She's another author who has since released another book.

Carole Matthews x2
I adored her earlier novels and picked up a few books while working at the store. After a few slight disappointments, I got away from reading her novels. I'll have to get back to her!

Juliet - Anne Fortier
This novel got huge buzz when it was released in 2010. I happened upon the hardcover in a used bookstore over a year ago and paid a whole $2 for it. Yet I still haven't read it.

If You Could See Me Now - Cecelia Ahern
There aren't many people who haven't at least heard of P.S. I Love You and I've read a few of Ahern's other novels since enjoying that one (so different than the movie!). I've had this one for ages and I just picked up another of hers a couple of weeks ago.