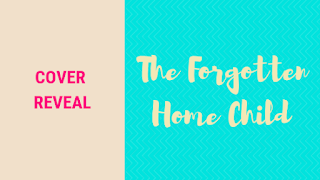 I was a little bit late to the Genevieve Graham party but once I read Promises to Keep two years ago I was completely hooked (my full review here). Graham does an amazing job of taking Canadian history and weaving it into a riveting novel. She honours our past and creates a story you won't want to put down at the same time. I don't know if teenage me would have thought I'd be this excited about stories about Canadian history but here we are.

Graham's latest novel is going to be The Forgotten Home Child and will be published by Simon & Schuster Canada in March 2020. (I can't believe we're talking about 2020 books already...where on earth did 2019 go?)

Here's what this novel is going to be about:


2018
At ninety-seven years old, Winnifred Ellis knows she doesn’t have much time left, and it is almost a relief to realize that once she is gone, the truth about her shameful past will die with her. But when her great-grandson Jamie, the spitting image of her dear late husband, asks about his family tree, Winnifred can’t lie any longer, even if it means breaking a promise she made so long ago...
1936
Fifteen-year-old Winny has never known a real home. After running away from an abusive stepfather, she falls in with Mary, Jack, and their ragtag group of friends roaming the streets of Liverpool. When the children are caught stealing food, Winny and Mary are left in Dr. Barnardo’s Barkingside Home for Girls, a local home for orphans and forgotten children found in the city’s slums. At Barkingside, Winny learns she will soon join other boys and girls in a faraway place called Canada, where families and better lives await them.
But Winny’s hopes are dashed when she is separated from her friends and sent to live with a family that has no use for another daughter. Instead, they have paid for an indentured servant to work on their farm. Faced with this harsh new reality, Winny clings to the belief that she will someday find her friends again.
Inspired by true events, The Forgotten Home Child is a moving and heartbreaking novel about place, belonging, and family—the one we make for ourselves and its enduring power to draw us home.

Like Joanna Goodman's Home for Unwanted Girls, Graham's novel features a part of Canadian history that's less than savoury. I think it's important for us to know where we come from and how we can do better. (Which is also why I think we should all be reading more Indigenous authors...that's going to be a huge 2020 goal for me.)

Speaking of where we come from, Graham has this to say about why she chose to write about this part of our history:


I first learned about the British Home Children a few years ago, when I stumbled upon an article about them online. The article said that starting in 1869-1948, 100,000-130,000 destitute British children between the ages of three and eighteen were taken from England’s streets, orphanages, and Homes, then shipped across the ocean to work in Canada, where it was thought they’d have a chance to lead better lives. The trouble was that once the children arrived here, there were few to no checks and balances in place. What could go wrong? Plenty. Some of the children did quite well. Those were informally adopted and their lives improved unquestionably. Unfortunately, most of the children did not. The majority became indentured servants, working as farm labourers and domestic servants. And approximately 75% of those children experienced neglect and abuse. Thanks to the recent fascination with genealogy, it has since been determined that 12% of Canada’s population is now descended from these children. That’s over four million Canadians! And most of them have no idea they might have a British Home Child in their family tree.

I've prattled on long enough, haven't I? Are you ready for the cover now? Of course you are. 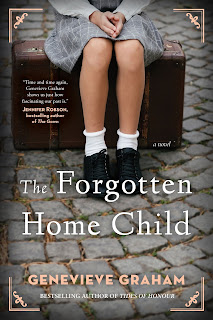 I can already feel my heartstrings tugging for these kids, especially Winny. I'm so interested to see what will happen in this novel and I hope you will be too.

Posted by Books Etc. at 8:07 AM No comments: Links to this post 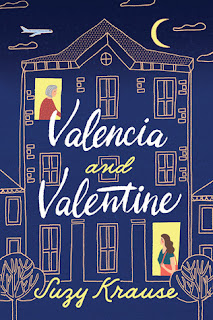 Inside the gorgeously wrapped Valencia and Valentine is a story unlike one I've ever read. And, I have to admit, I'm still not sure if that's totally a good thing. Suzy Krause's novel was very sweet and very real - even when it wasn't. Confused? Yeah, I was too but...that didn't make me dislike this book.


Valencia, a timid debt collector with crippling OCD, is afraid of many things, but the two that scare her most are flying and turning thirty-five. To confront those fears, Valencia’s therapist suggests that she fly somewhere—anywhere—before her upcoming birthday. And as Valencia begins a telephone romance with a man from New York, she suddenly has a destination in mind. There’s only one problem—he might not actually exist.
Mrs. Valentine is an eccentric old woman desperate for company, be it from neighbors, telemarketers, or even the funeral director (when you’re her age, you go to a lot of funerals). So she’s thrilled when the new cleaning girl provides a listening ear for her life’s story—a tale of storybook love and incredible adventures around the world with her husband before his mysterious and sudden disappearance.
The stories of Valencia and Mrs. Valentine may at first appear to have nothing in common…but then again, nothing in life is as straightforward as it seems.

This may end up being a short review because I don't know how to discuss this story without giving anything away. Because I both liked and was frustrated by the way things unraveled but I can't tell you about it because then you won't get the full reveal. Although, maybe you're smarter than I and already know how the story will end.

The story is told in alternating perspectives. One chapter follows Valencia and the next focuses on Mrs. Valentine. For the most part, I really enjoyed that. Until things got a little bit muddled and the timelines seemed to shift and I couldn't figure out what, exactly, was happening. What I knew was I just needed to get to the part where it all clicked together and then I felt I could go back in my mind and realize how the story had played out.

And that cover! Oh, how lovely it is. I'm a sucker for bold colours and illustrations so I fell in love with the cover of this book.

All things considered, Valencia and Valentine was a sweet book. It tackles some heavier topics (it really shines a light on OCD and what it's really like vs the Hollywood version of it) but the characters are fun and interesting, which makes things lighter. The ending is a bit bittersweet but it's fitting for the novel. Pick up Suzy Krause's novel if you're looking for something different to read.

*A copy of this novel was provided by the Canadian distributor, Thomas Allen & Son, in exchange for review consideration. All opinions are honest and my own.*
Posted by Books Etc. at 7:53 AM No comments: Links to this post