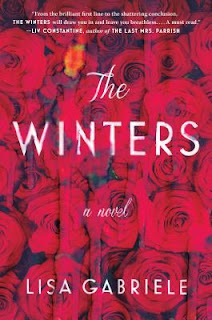 It shouldn't surprise you that I was a kid who loved English class. It came pretty easy to me even though I wasn't a fan of analyzing and dissecting books (ha - my teenage self laughs at me). While I can no longer remember the specifics, I do remember really enjoying Rebecca by Daphne du Maurier when I read it for class. I was really excited and intrigued when I heard Lisa Gabriele, a Canadian author I like, was releasing a thriller inspired by the 1938 novel. Would I like The Winters as much as I remember liking the classic?


Inspired by Daphne du Maurier’s Rebecca, a spellbindingly suspenseful novel set in the moneyed world of the Hamptons, about secrets that refuse to remain buried and consequences that can’t be escaped
After a whirlwind romance, a young woman returns to the opulent, secluded Long Island mansion of her new fiancé Max Winter—a wealthy politician and recent widower—and a life of luxury she’s never known. But all is not as it appears at the Asherley estate. The house is steeped in the memory of Max’s beautiful first wife Rebekah, who haunts the young woman’s imagination and feeds her uncertainties, while his very alive teenage daughter Dani makes her life a living hell. She soon realizes there is no clear place for her in this twisted little family: Max and Dani circle each other like cats, a dynamic that both repels and fascinates her, and he harbors political ambitions with which he will allow no woman—alive or dead—to interfere.
As the soon-to-be second Mrs. Winter grows more in love with Max, and more afraid of Dani, she is drawn deeper into the family’s dark secrets—the kind of secrets that could kill her, too. The Winters is a riveting story about what happens when a family’s ghosts resurface and threaten to upend everything.

Gabriele updated du Maurier's novel and set it in present day. This automatically twisted the story just enough to make it feel fresh. She also did away with the evil Mrs. Danvers but she added Dani, Max's teenage daughter. Dani was so incredibly hostile to the narrator, more so than you'd expect from a teenager who has lost her mother and had her father get engaged to a woman about half his age after only knowing her for a short period of time. (Wouldn't that annoy anyone?) And just as Hitchcock did with the 1940 film adaptation, Gabriele also adjusts the ending - which I freaking loved. Clearly I can't tell you more than that because, you know, spoilers, but read the book and I'm sure you'll love it as much as I did. And if you really want more, read this article that I've probably read three times because I love it so.

I always say I don't often read thrillers and I say it often enough that perhaps I do read thrillers. So maybe it's more correct to say that I don't seek them out. The Winters though? I most definitely went looking for it. I think even if I hadn't liked Rebecca I still would have been intrigued enough with the synopsis that I would have wanted to pick it up. It's a thriller that plays with your mind because the reader isn't totally sure who to trust - the narrator? Max? Dani? And just when you think you have each character figured out, something happens to completely change your mind.

The most twisted actions, in my opinion, came from Dani. She was so unpredictable and downright cruel. You had to wonder how far she was going to take her hatred towards the narrator. Who, as far as the reader knows, has only had the bad luck to fall in love with a man whose daughter is completely off the rails and despises her.

And that cover? How amazing is it? I feel like it perfectly captures the tone of the novel. LOVE.

I think The Winters is a book you need to add to your TBR immediately. (If you haven't already - it's been out since October 2018 in Canada.) Lisa Gabriele has written such a twisted and riveting book that I really didn't want to put down. I can't wait to see what she writes next!

Now, a fun note! When I was finishing the book I noted on Instagram that I really needed a glass of wine as I got to the end because it was so intense (in a good way!). And why is this fun? Because I've just recently partnered with Long Weekend Wine Co. for their Long Weekend Library. Every month we'll reveal a book and a wine pairing for your long weekend reading pleasure. This month's? None other than The Winters! If you want to learn more, head to Long Weekend's Instagram page and follow along! 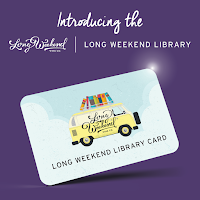 *A copy of this novel was provided by the author and publisher, Doubleday Canada, in exchange for review consideration. They are not involved with the book selection for Long Weekend Library, that is solely my decision. All opinions are honest and my own.*
Posted by Books Etc. at 8:34 AM