So, it's February and I still haven't read the first book in my Jane Austen (re)read challenge. I'm looking at my reading schedule and am wishing I had read Sense and Sensibility last month! Hopefully I'll get to it within the next week. Today, though, I want to share the Austen-esque events and adaptations I experienced in January.

Last fall, friend and fellow blogger Natalie told me about a talk about Austen at our local library. We were super excited....and then the event got postponed. Sad! Thankfully the library rescheduled and Natalie and I braved the cold a couple of weeks ago and went to hear a professor at our local university talk about Jane Austen. Barbara K. Seeber has written two books about Jane Austen, General Consent in Jane Austen: A Study in Dialogism (2000) and Jane Austen and Animals (2013). Last month's talk featured her latest
book and her talk focused on how sport and animals are included in Austen's work. This is definitely something I had never thought about before and I found it quite interesting. Did you realize that most Austen heroes hunt? And that Mr. Darcy does not? The talk was a few weeks ago now and I didn't really make any notes so I'm finding it hard to remember details! What I do know is that listening to Seeber made me realize there's a lot more going on in Austen's novels than we may recall. I know I'll definitely be paying attention to the hunting and sport in each novel as I read them this year. I'm really glad I went to this talk and I love that my library does things like this. Plus, we had tea out of real tea cups afterwards! Definitely more classy than my usual mugs :) All in all, it was a good event and I'll be keeping an eye on other events like this at my library in the future. 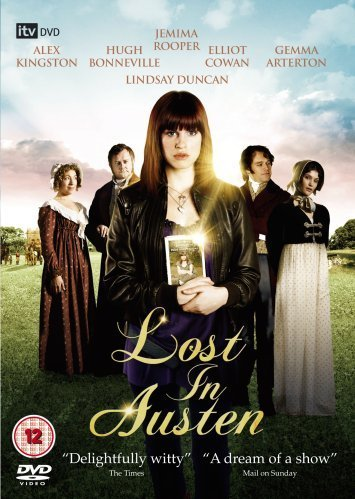 Last month I also watched Lost in Austen. This was a British mini series from 2008 that I had always wanted to watch but just never got around to it. Happily, it was at my library! The movie is about a twentysomething woman, Amanda, who is a diehard Pride and Prejudice fan. One day she discovers Elizabeth Bennet in her bathroom and realizes there's a hidden door that can lead her to Longbourn. Since Amanda, not Elizabeth, is at the Bennet household when Bingley and Darcy arrive, things quickly get out of hand and Amanda tries desperately to get things back to the way they were in the novel. If it sounds hilariously ridiculous, you're right. It was almost over the top crazy but it worked and I enjoyed myself. Which is good because it's three hours long! I liked that they played with the characters we know so well, sometimes making them into much better versions than we recall. Wickham, for example, is absolutely amazing in this movie. It was fun to watch Hugh Bonneville, who I've gotten to know well from Downton Abbey, play Mr. Bennet. And if you need any more incentive to watch it, Amanda convinces Mr. Darcy to jump into the lake in just his white shirt a la Colin Firth's Mr. Darcy. 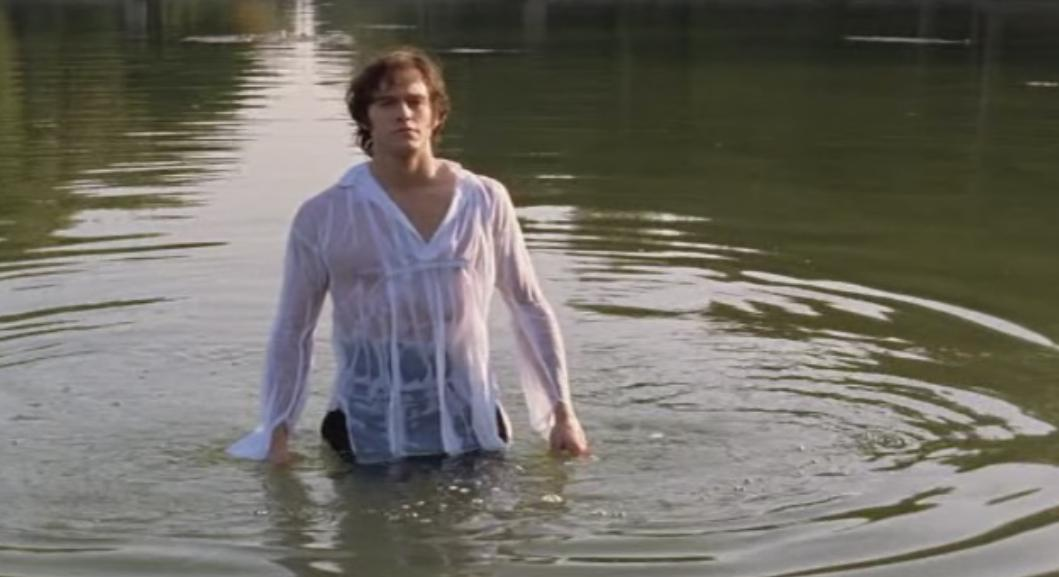 If you're an Austen fan, watch Austenland. It's a lot of fun!

I also learned that there's an even newer Emma adaptation that I didn't know about. It's not too surprising that I missed the news about this one since I'm not a huge fan of Emma. But, I plan on watching as many adaptations as I can this year so I'm looking forward to watching this 2009 BBC production, which stars Elementary's Jonny Lee Miller as Mr. Knightley. Emma will be read in July and August so I have to wait a few more months to watch this one.

I've just realized that all of these Austen events were made possible by Natalie alerting me to the library having the event or movies. Basically, my Jane Austen January was brought to you by Browsing Bookshelves. :) Thanks for always looking out for my bookish side, Natalie!
Posted by Books Etc. at 6:49 AM