I started this "favourites" feature because I wanted a way for readers to get to know the authors attending BookBuzz Toronto, an event I'm helping with. I hope you enjoy learning a little more about these amazing women and I hope you can attend the event! Learn more about BookBuzz Toronto here.

Today I'm featuring Cat Lavoie. Cat's debut novel, Breaking the Rules, was one of my favourite books of 2012 and I cannot wait to read Zoey & The Moment of Zen (released yesterday!). 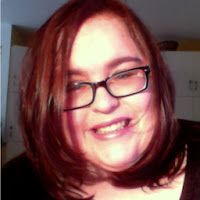 Cat Lavoie lives in Montreal, Canada with her tempestuous cat, Abbie. Her debut novel, Breaking the Rules, was published in August 2012 by Marching Ink. If Cat isn't reading or writing, she's most likely watching too much TV or daydreaming about her next trip to London. Her second novel, Zoey & the Moment of Zen, will be released by Marching Ink in October 2013.

Favourites...
Chick flick - Love, Actually
Warm beverage - English Breakfast Tea
Junk food - Lays Salt & Vinegar potato chips
TV show - I'm a TV addict so I have a million favourite TV shows, but right now it would be The Paradise. The first season is currently airing on PBS and the second season will air soon on BBC. I'm in love with that show!
Store - My name is Cat and I'm a shopaholic. Amazon and Sephora are my biggest weaknesses.
Travel destination - London! It's my favourite city. I'd also like to visit Scotland and Ireland.
Ice cream flavour - Peanut Butter Cup
Sports team/sport - Love hockey, especially the Montreal Canadiens! Go HABS (Blogger note: I'm a Leafs fan, basically just because I've lived closest to Toronto my whole life, but I'll let this one slide, Cat ;) )
Song - Too many favorites to pick just one, but I just rediscovered the song "Nothing Ever Hurt Like You" by James Morrison and I've been playing it on repeat for the last few days. So good!
Pet - Abbie the Cat! She's awesome.
Book boyfriend - Jude Weatherington from Daydreamer by Brea Brown.
Board game - Scrabble, although I am HORRIBLE at it!
Posted by Books Etc. at 6:34 AM