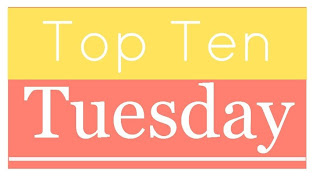 Ah, book adaptations. This is something book lovers can debate for hours, I think. I know books and movies are two separate things. I understand when things need to be changed, adjusted, or altered. What works in a book doesn't necessarily work in a movie. I get it. What I don't like is when the strangest things are changed or the overall feel of the story is changed. I've done a combo list this week and have included some of my favourite and least favourite adaptations. A note on the least favourite: I did enjoy the movies but I just felt like they were lacking in some way, which I've tried to explain. What are some of favourites or least favourites when it comes to book to film adaptations?

Least Favourite (in no particular order):

The Last Song/Dear John
I didn't like that some important (in my eyes) details were left out of The Last Song and I really didn't understand why they felt the need to change the ending of Dear John.

The Sisterhood of the Traveling Pants 2
I like the movie, I really do. But. Trying to combine three books into one movie? How do you decide what's left out and what's included?

Angels and Demons
To this day, this is the only movie that I've come out of saying "WTF?" in terms of what was changed. It was just odd.

Confessions of a Shopaholic
Why oh why did they have to put her in the US? The movie still could have worked with her in London. See: Bridget Jones's Diary.

Favourite (again, in no particular order):

The Notebook/A Walk to Remember
I like these two way more than the books. The eye candy doesn't hurt either.

The Hunger Games
I thought this was a really well done adaptation. Here's hoping Catching Fire will be just as good!

Under the Tuscan Sun
This was another one that I liked more than the book. It's also very different. But I will willingly watch the film over and over again but it took me ages to read the book. That says a lot, I think.

The Help
Another adaptation that I thought was really well done.

Final Fun Fact: I own all of the above movies except for Angels and Demons!
Posted by Books Etc. at 7:32 AM