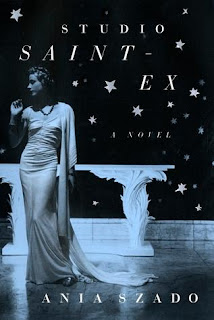 I don't read nearly as much historical fiction as I'd like so when an interesting novel that meets that description directly crosses my path, I usually give it a try. Studio Saint-Ex by Ania Szado caught my attention because it's written by a Canadian and I had heard good things about it. Two solid reasons to read a book, right? :) I ended up enjoying this novel a great deal but there was just something about it that kept me from devouring it in one go.

From the Penguin Canada site (because Goodreads erroneously says Quebec City when it should be Montreal), here's the synopsis:


In the Glittering world of Manhattan's French expats and 1942 Quebec, a twenty-two-year-old fashion designer on the cusp of launching her career is swept away by the charms of French writer and war pilot Antoine de Saint-Exupéry ... and enmeshed in the schemes of his beautiful, estranged Salvadoran wife, who is determined to win back her husband—at all costs and seductions.
With Paris under occupation by Hitler's troops, New York's Mayor LaGuardia vows to turn his city into the new fashion capital of the world—and Mig Lachapelle leaves Montreal for New York to make her name. She finds herself pulled into a fiery romantic triangle in which ambitions, creativity, and passions catch a literary giant between two talented, mesmerizing women and imperil the fate of his work-in-progress, The Little Prince—a poignant tale of a young boy's loneliness and love among the stars, one of the best selling and most beloved novels of all time.

After a few days of thinking about what kept me from loving this book I've come to the conclusion that it didn't have anything to do with the writing or the way the story was told. Szado did an amazing job of describing the world Mignonne and Antoine lived in and the writing is really well done. I think my issue is that the characters didn't excite me. Their story did (because I knew nothing about the author of The Little Prince and haven't even read the book myself) but Mig, Antoine, and Consuelo (Antoine's wife) themselves didn't engage me.

The world Szado created/embellished was so interesting. (I say embellished because, while it references history, it's still a work of fiction.) Reading about the art, fashion, and literary worlds in New York City during World War II was enlightening. Finding out a little bit more about the man behind The Little Prince was great, too. I never had to read this book in French class but I know others who have and I could also tell you what the cover looks like. That was about the extent of my knowledge of that book. I liked the other historical events that were mentioned in this novel such as Expo '67 in Montreal and some of the subtle commentary on Canadians and Americans in World War II. This is one of the lines that stuck out for me:


"But the Canadians weren't defeated - not the ones in Mother's Anglophone neighborhood or the Francophone friends I had drunk with in Old Montreal. After two and a half years of sacrifice, Canadians still beleived in the cause that drove the war and took their sons." - page 15

As a bonus, the undercover of this book is just gorgeous. I don't often take the dust jacket off the books I read (let's be honest...I don't read a ton of hardcovers anymore either) but something compelled me to take the cover of Studio Saint-Ex and I was so pleased to see this loveliness: 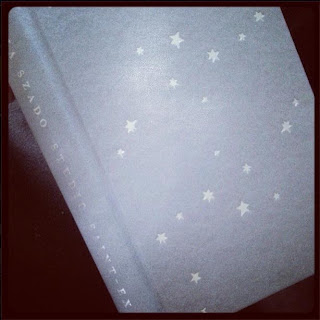 Studio Saint-Ex is more than a historical novel and it's more than a love triangle. It's a fabulously written novel about an interesting point in history from a unique perspective. Ania Szado has written a great book that I think history fans in particular would love.

*I received a copy of this novel from the publisher, Penguin Canada, in exchange for an honest review.*
Posted by Books Etc. at 3:33 PM