Just Finished: Eye of the Storm 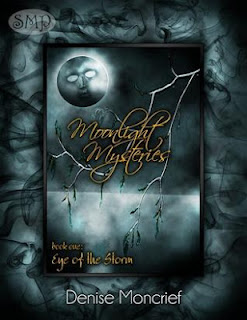 Happy Halloween! I read the suspenseful and slightly spooky short story (how’s that for alliteration?) Eye of the Storm by Denise Moncrief a little while ago and I thought posting my review on Halloween was a good fit!

Kieran Talbot’s problems as a resident at a Tallahassee hospital force her to take a leave of absence and escape to the beach. One stormy night, a bruised and bloodied man collapses in the front doorway of her borrowed house.

A storm blows in off the warm Gulf waters, promising to drench the coast with the first downpour of a very hot summer. Kieran retreats to the beach house as the deluge begins. Just as she gets comfortable, the door bursts open. Rain soaked and bloody, Davis Jackson falls through the doorway. He needs a hospital, but he doesn’t want the cops involved. Danger follows Davis wherever he goes. Kieran won’t tell him her story and Davis won’t tell her his. Together they must fight for their lives during a Class Three Hurricane on Florida’s Gulf coast.

I have to admit that I wasn’t super into this story. I think part of it had to do with the fact that I had no idea how long it was. I started reading it at the gym one day and then decided to finish it the next. It turns out I had read almost the whole story while at the gym so I barely had time to get back into it before it was over. For this annoyance, I blame the ereader. However, I’ve also realized that suspense isn’t really my thing. At least, not with reading. I think I require the actual visual of a good looking male instead of the one in my head… :)

Putting aside the fact that suspense stories aren't my favourite, I think Eye of the Storm provided a good little mystery. Who is Davis? What did he do? What’s Kieran's story? Why is she hiding? These are all questions that eventually get answered – but not before some craziness ensues. And I'm not talking about the hurricane!

Overall, I liked Eye of the Storm by Denise Moncrief but I think others would like it more. It’s got a bit of a crazy twist mixed in with some romance and was an enjoyable, quick read.

I received a copy of Eye of the Storm in exchange for an honest review. Thank you Still Moments Publishing! 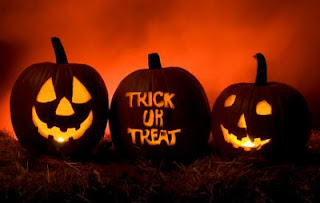